Skip to content
Home » Technology » 5G Antenna Technology – What will it mean for us?

5G Antenna Technology – What will it mean for us?

Tiny antenna millimetre wave technology is the driving force to get the world ready for the upcoming 5G revolution.

In the near future, our smartphones will be able to gobble up data on 5G networks comfortably.

As we have been accustomed to 3G and got to learn how that operated, then the release of 4G was upon us, the average consumer saw a difference in speed of access to data, but very few have any understanding of the technology behind it.

Now we await in the not-too-distant future 5G. For the user, it will just mean more cool stuff, which they can access quicker, but within the industry, this is ground-breaking technology that hypothetically speaking is going to launch us years into the future to lightning fast data speeds, we are talking the realms of a gigabit per second.

Behind all of this technology is the simple antenna which has undergone a transformation and makeover that aesthetically, not even mobile phones and computers can claim to compete within the last two decades of advancement.

To make the speeds I just mentioned from concept into reality is millimetre wave technology. The concept is simple enough to understand. These are radio waves whose wavelengths are measured in millimetres and operate at astoundingly high frequencies, sounds simple enough right? If only! They operate at over 30 gigahertz, and at this stage of cellular technology is above what cell phones can operate at.

All of these frequency waves comes of course from cell towers, and if they were to broadcast these waves, our cell phones would not be able to pick up the transmissions unless they have the right antenna.

Take into consideration that you couldn’t listen to an old radio without an antenna; the same principle applies to these minute radio waves.

This year has seen Qualcomm make a breakthrough in announcing that it has developed an antenna module that will fit into the latest spec, thin smartphones and transmit and receive the millimetre waves.

The reason I say a breakthrough is that millimetre waves are not easy to work with, they are incredibly temperamental, in one way they don’t travel far and are all too easily blockable by metal surfaces like cars, even people and trees can come between the base station and your smartphone.

Such companies like Qualcomm that are still in continuous development mode are focusing on the travel length of the beamforming tech and the implementation of multiple antennas within the one smartphone, giving redundancy to the system.

It has been documented that signals can be blocked by a smartphone just purely from the way in which you hold it. A report commissioned by the Nordic Council of Ministers tested this theory back in 2016.

The difference with the upcoming 5G technology that Qualcomm has produced will avoid this as there will be four antennae inside the device, so it will auto switch between them to receive and send the signal.

At this stage, Qualcomm won’t release the full specifications of the new antenna modules, but when they do, be prepared for them to be as small as the latest sim cards and even thinner.

So where are we at?

Many carriers are feverishly working away at delivering 5G solutions to us as soon as they can, with the millimetre wave spectrum a key component in their ongoing works.

We have heard from AT&T recently that they are going to be trying out 5G with the millimetre wave in Dallas and Austin, Texas, though at this early stage they will be looking at more of the spectrum than just this.

Verizon is not far behind and will be testing in Los Angeles and Houston later this year, but of course, at this stage no-one has the spec in their hardware to be able to transmit or receive, so that is why Qualcomm has stolen a march on the competition stateside.

Millimetre wave has carriers interested since that is where space is available it carries a broader spectrum. This kind of technology will undoubtedly become useful where large crowds gather, sporting events being an obvious example, where thousands of people are transmitting and receiving radio signals, 5G will allow carriers a clear line-of-sight.

The next hurdle to cross is to make it affordable to the market. Bear in mind the spin-off from this technology will not be just subject to mobile phones. All devices that require antenna from mobile phones, tablets, and laptops, to our homes using a fixed WI-FI point, our cars for navigation and for long distance vehicles like RV’s and motorhome/caravan TV Antenna reception far away from cell towers will all be part of one collective.

Not only Qualcomm has been busy with research into 5G and millimetre wave technology. A team led by Founding Director of NYU WIRELESS and Ernst Weber/David Lee Professor of Electrical Engineering at NYU recently proved that millimetre Wave, can yield up to 40 times the current rate at which we are transmitting, and would be viable in urban areas, which has been the most significant problem with how to take it mainstream.

5G is just around the corner and will impact us in many of the devices we use in everyday life. Expect incredibly fast data, connectivity, low latency (key for autonomous cars) large bandwidth and high capacities for cloud storage. Semiconductor companies are fully aware that case applications and service are the driving force behind the push towards 5G. 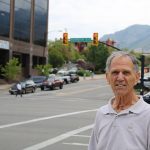 Jimmy has been a blogger for the last 11 years after retirement. He worked in the electronic manufacturing field for nearly 30 years and keeps a close eye on the market. He is associated with Winsig who specialise in various antenna and aerial technology including caravan TV Antenna.

Make the most out of your Mac with these useful Apps

Noob To Pro Journey- Easy Hacks For Every Ardent Gamer

What Are The Basics Of Website Designing? Read Here

Don’t Panic, You Can Fix Your Broken Phone Today

This site uses Akismet to reduce spam. Learn how your comment data is processed.

If you are interested in writing for BigNextStart, mail us on info@bignextstart.com